The dialogue sequences of Settlers 7 were planned apart from the ingame animations, although they happened to be played back on top of ingame footage.

Although most of the dialogues were rather neutral or overly serious in tone, we tried to squeeze in a different tone wherever we could. We imagined none of the characters to be really on top of their game. Each and everyone of them should have some flaws that would show through eventually.

The always outraged Ramirez was most fun to work with. 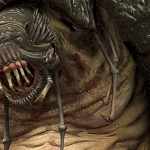 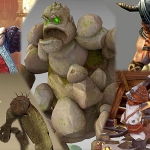