Mosquitos can be a real bummer, at least to me. But this guy in his different outfits and attitudes has none of that, he’s just pretty cute. He belongs to the game “Monsters with Attitude” which was discontinued after having been released. That’s why he also never made it into the game, but here he is now. Those idles animations are meant to be played back when choosing a character, to show his specific personality. Character animation, lighting and rendering done by me. 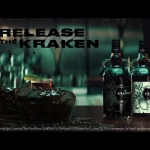