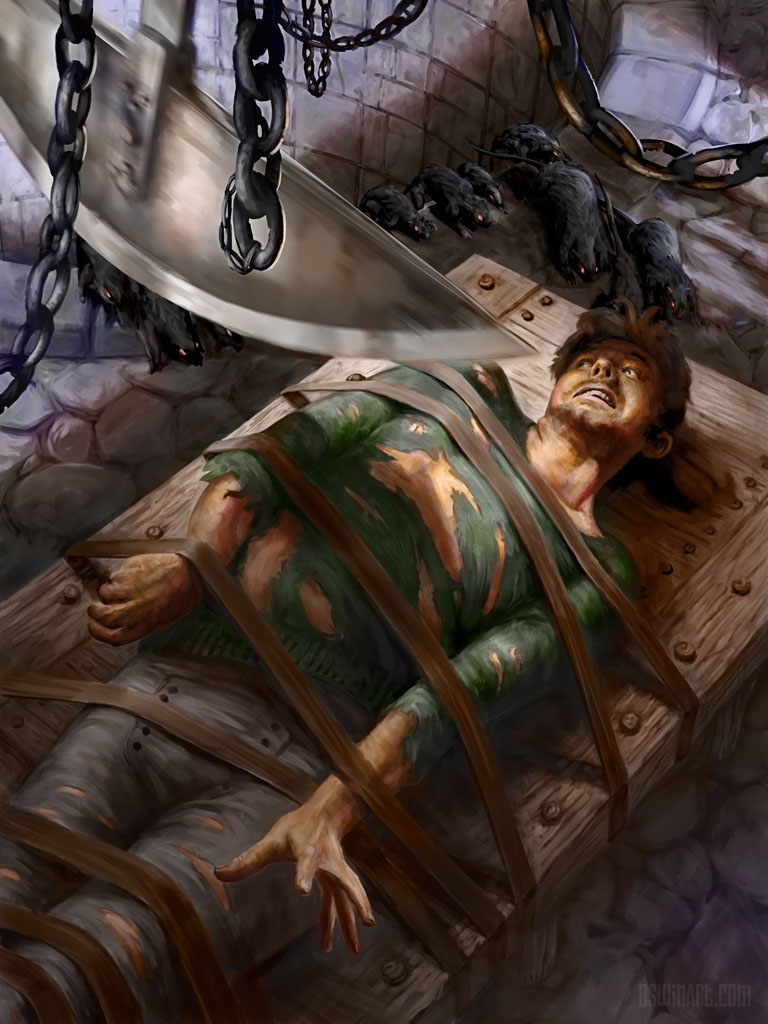 The Pit and the Pendulum

The creepy shortstory by Edgar Allan Poe by the same name triggered a lot of pictures in my head, although for the most part, there’s not much to be seen. A lot of the story happens in full darkness, pretty hard to properly illustrate.

I picked the part right before the prisoner managed to escape his bonds. The pendulum is already far down, and rats are approaching out of the pit. In the story, one of the prisoner’s arms is bound differently, so he could catch a meal that someone deposited nearby. He rubs his bonds with the meat and the rats cut through them with their teeth, freeing him.

I guess the real bonds are meant to be ropes, I also altered this part for what I felt would be more visually pleasing. Also, I believe that putting too much information into one single illustration will make it feel stiff, or overweight. It’s hard to get it all across at once. 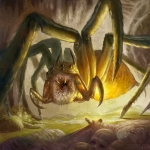 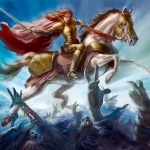